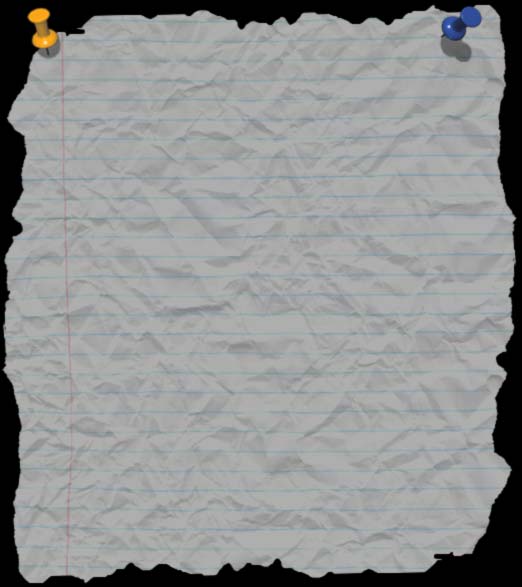 MIKE VS HIS ROOMMATE

This is the story of the little war I have with my still-roommate , as described in THE GLOVES ARE OFF.

See, I don't really know what happened, we used to be friends before, but somehow a lot of the issues and attitude problems a given person has only come to the light of day when you live with that person (I know, I live in San Fran, but he was only a roommate, regardless what your filthy thoughts might be).
Anyway, we lived in the same space for about a year now, and I think I started getting annoyed with him a little bit pretty early on, when my sister came over to San Francisco to visit me.
Anyone remember the scene in Dumb and Dumber where Jim Carrey's character imagines sitting around with all these people at the open fire place, and everyone thinks he's the greatest, and everyone just loves him SOOOOOO much? Anyway, to me it seems like that's his view of the world, and he's getting totally pissed if NOT everyone hangs around him and tells him what a great guy he is. Maybe it's because he's a single child, so he never had to deal with jealousy or whatever. Honestly, I don't give a rat's ass anymore. So, like every eight year old girl, he limits himself to slamming doors and looking at everyone like we're about to put down the last nail on that little cross of his he so righteously crucified himself on. Buhuhu...no one likes me...guess what, you're finally right.
I think everyone knows at least one of that kind, never saying a word but getting totally pissed if no one reads his thoughts from his little puppy eyes. Ahhh...I'm getting angry all over again, just by thinking about the look in his eyes he gets every time he feels oppressed or mistreated. Talking about paranoia.
Additionally, I had some very angry neighbors and one not less angry landlord complaining about the loud music. I know what you're thinking: "Hey, but you're playing music, it must have been yours." Well, it wasn't me. It was mainly the same stupid Beyonce song every day and night cranked up to near maximum. I mean, my floor was vibrating from the bass.
(Also included was a god-awful Whitney Houston House Remix...it gives me shivers just thinking about it)

Which brings me to another short anecdote:
See, he moved in July 2003, and he was waiting for his financial aid from school, so he had no money for the security deposit and the first two month of rent. I kind of wondered what kind of family he was living in that no one, not even his mom was gonna give him a single buck to support him. I didn't have too much cash either at that time, but somehow I managed to come up with the major part of the sum to cover him.
And, guess what?
No thank you, no fucking nothing. More than that, it went without saying for him, almost like I was supposed to be thankful for the opportunity to give him money. And he has a job, and not a bad one either.
And his money never seems to be enough. So he made it common procedure to pay me his part of the rent around the 18th of each month, which I had to pay in full by the 5th...and still, somewhere along the lines he found a four digit amount of bucks to get a home theater with plasma TV and dolby surround ...which he cranked up with earlier mentioned girly music.
And his rent still came the 18th every month.
After all that happened in these last couple of weeks, I not only understand his family not wanting to help him out, I totally agree with them. Not a single buck from me anymore

So, yes, things weren't going too well...so this one saturday he finally decided to communicate in the only way he must have thought would still maintain his strenght...or pride...or masculinity? I honestly don't know. Anyway, he left me this NOTE on the door, telling me he would move out.
Short notice, definitely, but somewhat of a relief. But I've never heard of anyone getting back his deposit before they're actually gone, so I decided to not even respond to that part.
I just got online to post the apartment, and left him a RESPONSE LETTER on his door.He left the bathroom like a freaking wetland just because I took out the bathroom mat to finally get it cleaned and I had spent almost all day before cleaning and mobbing and scrubbing. And of course I told him, being fed up with all his money issues as I mentioned earlier, that he had to find some other sponsor for his whims. In addition to the letter it has to be said that he always keeps his door locked, even when he's here, since the very day he moved in.
Unfortunately, I missed the chance to videotape his response...it was just great. He came home, read it, apparently, came rushing over with foam around his mouth and kept yelling ...while I in response really had a hard time not to laugh right at his face.
( I admit, that wouldn't have been a nice move to tape that, but it still would have been a nice piece of cinematography, proving more than just the point that he only sees faults in everyone but himself...)
Anyway, he went on about "What do you mean, bathroom, yada yada yada. .I never....how about when I did all the dishes and I never said a word.."
(The last time he really did the dishes was month ago. More often, the most interaction he had with the kitchen sink was clogging it with chicken bones and other food leftovers so that it looked like a chemical waste site.That's it. Never seen him mob the bathroom or anything like that)

So, no response. Nothing. I had four people calling in during the week to see the room and I couldn't show it to them since it was locked, which really made me angry. So I left him another letter asking him to leave the room unlocked. Still nothing.
So I left him yet ANOTHER LETTER asking again, this time less friendly. Even though I got more angry with every passing day, it was kind of funny, that whole letter game. What can I say, I liked him as a friend, but I love him as an enemy.
So promptly his RESPONSE. Pretty self explaining.
So I thought: "Fine, be here and there just might be a little peace around here" but I still had to respond to that little outburst of his. Sadly though, I don't have that one anymore, but I responded to his insecurity thing not very nicely, something about him being a righteous bastard and so forth. I liked that one even though I can hardly remember what I wrote exactly.

So, friday came, I had someone here at four in the afternoon, and guess who wasn't here? Right, the self proclaimed messiah.
What was left for me to do? Well, playing that little game of his by taping MY FAVORITE LETTER YET on his door. As you can tell, things were starting to heat up, but oddly enough he kept quiet for almost a week after that.

I put the gloves back on for a week, and I actually did get someone to take a look at the room. Just the slamming doors kept on being an essential part of the ambient sound around here.

And of course, the dirty dishes and piles of trash bags that I had to take care of because he doesn't give a shit about how the place looks when new prospect roommates come by to take a look at the place.

July 5th came and went, and no check for the rent, no sign, no word, no stupid letter, nothing. Until yesterday he got his brain cells together to calculate a little bit and than made his body walk over to post his LAST OUTBURST on my door.
Alright, I thought, so here we are again, he hates me so much and still takes it as given that I will give him money before he's gone. Not that I don't want him to leave or anything ...I do...more than anything. As long as he has the keys I get to keep the security deposit. Minus his calculated result (which actually adds up) minus all the other things he used and never paid for (like pasta, soap, toilet paper, conditioner, pretty much any thing...)
I'm certainly not the one who starts doing the math about every little piece of crap, but I sure as hell will finish the job.

So I sat at home, already outraged from a movie I saw and thought about what to respond.
After consulting with another friend I wrote down my LATEST RESPONSE. didn't hear a single word since. Maybe tonight.

And guess what?
After all that he's moving next door. Not another district, not another block, not another house ....freaking NEXT DOOR...just one apartment next to me, our doors almost touch...